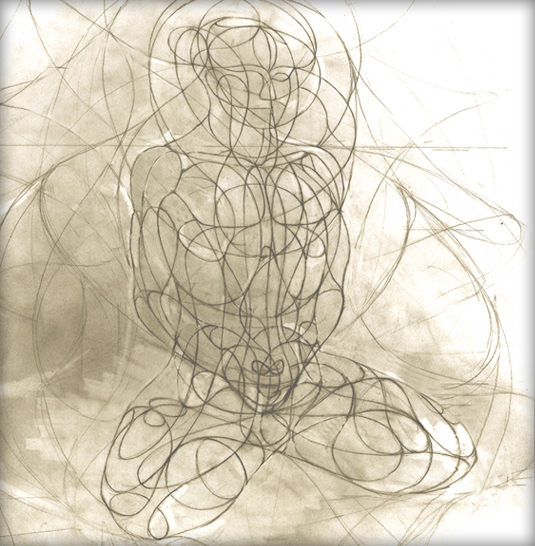 I was born in 1971 and spent my youth surrounded by nature in the south west of England.
I had little understanding or confidence in my physicality, I was very sensitive, I was a dreamer.
My thoughts were often far out and away from my body and the present moment.

After completing my secondary education my father was reluctant to allow me to study art and design.
I had to have a "real job" and so he found me work as a chef in an isolated country hotel in Devon.
It was a dark detour that prompted me to take life into my own hands,
and so I applied and went on to study fine art, design and photography at Exeter college of Art & Design.
I then began a haphazard and meandering path of jobs, through various countries and cities:
Illustrator, Toilet and office cleaner, Graphic designer, Animator, Furniture painter, Barman,
all the while reading, writing, dreaming and drawing.

At the age of 25, after 5 years of travel, I returned to my home town.
Largely due to psychoactive drugs, good music and psychology books, my focus began to shift.
As a child I had seen my mother practicing Hatha yoga, and through her influence I began practicing myself.
Quietly. Alone. Breathing my way into the world of sensation, into my body, and down to earth.
Stretching and observing gave me the internal space and clarity to watch my thought patterns
and begin to name, stream and ride my feelings, rather than tumble in their current.
Stretching also ignited an interest in all manners of releasing and re-aligning the body
and the personal liberation and transformation that comes through these practices.
As I became more aware of my own tension, and found my pathways into relaxation and freedom,
I became more attuned to the tension and postural expression of the people around me.

Inspired by the work of Reich, Benjamin Marantz, Trager and Ida Rolf, among others
I started practicing Acrosage and working with the idea of supported aerial postures.
I had began feeling my way into massage some years earlier
but from this point on it became a regular practice.
I discovered a natural understanding for the language of touch,
an ease with intimacy and a talent for finding and releasing tension.
I practiced for pleasure, inquisitiveness and appreciation.
It took me some years to understand that this practice was also my work and vocation.

In 1997 I accompanied my mother through the last months of her life.
I felt I was at the bottom of the ocean. In retrospect, I am grateful to know those depths.
In the following months I went on two, 10 day Vipassana retreats.
They had a profound effect on my experience of receptivity, being and action,
and my power of observation and sensitivity to sensation.
I then took a year to travel through India and go deeper into Hatha yoga practice.
By 2000, grief had taken me from childhood to the threshold of manhood
and through practicing and assimilating these disciplines and experiences,
I arrived at two distinct expressions of bodywork that I named Tulamassage & Tulayoga
I turned from examining and clearing my past to creating my future and went to live in Barcelona.

I spent most of my first year there, penniless but deeply happy
until in 2001 I had the fortune to meet my friend and mentor,
the psycho-corporeal therapist and author Marie Lise Labonté,
and for the following 4 years I travelled with her, giving treatments to her students
at personal development workshops in Belgium, France, Switzerland and Canada.
During this time I continued to develop awareness of how emotions, thoughts,
and the body, react sympathetically and reflect one another.

Since that time I have been giving treatments, workshops and trainings in various parts of the world.
as well as having been a regular visiting specialist at

The Grand Hyatt Berlin,
Akasha, the spa of The Cafe Royal in London,
Les Bergues - the Four Seasons hotel in Geneva,
and Insens, a quiet and elegant healing centre in the heart of Geneva.

At present I am the resident specialist at

The Can Bordoy Grand House & Garden in Palma de Mallorca

Besides giving treatments and hosting people at my home in Mallorca
my days are taken up with drawing, writing and gardening.

At present I am working on a book of emotions for men. 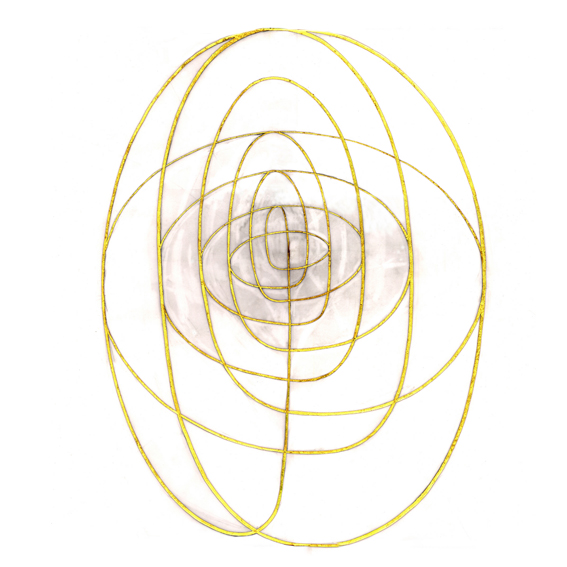